This is a sad life I lead if my last 2 blog entries have been about Ben Flajnik's quest for love.

I have a life- I really do.  For example I hit up a sweet pool party for my sister C's Bday on Saturday outside of KW.  (Indoor) POOL PARTY TIME.   Unlike these shindigs in previous years there was no clothes swapping.  Just some kids running around, a few bevies and some bathing suit action.

The aforementioned kids:  I love them.  I love being an "auntie".  I really thought I despised the lil' creatures, but I have to say childrens are not so bad.  Maybe it's just because the ones in my life are so. bloody. amazing.
Hilarious, really.
And cute to boot.

There has been a new addition as well.  Fio and Ro have a son of their own now.  He's amazing, this little guy.  I am NOT and have never been much of a "newborn baby holder".  seriously- when mothers assume you want to hold the baby- I'd usually run the other way.  But not baby Chetan.  I could snuggle him in my arms forever.

I am looking so forward watching him grow as I have the other kiddies in my life.
Alrightyyyy enough baby talk.  wtf? my clock better not have magically fixed itself and turned back on!

Back to the B-lor-
Some people have way too much time on their hands.  Like whomever made this!

Poor C dawg.  We live in a one television home.  It must be evenings such as Mondays that make him regret getting rid of our "bed teevee".
In my defense- I did allow the NHL game to be shown.... on commercials.

Ok back to the women who grind my gears this week-

Aside from the obvious reason to have a hate-on for Courtney- what is the deal with this one always appearing to be eating the inside of her own lip???? 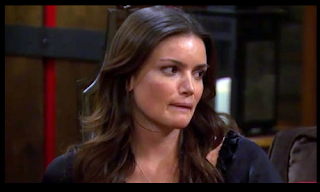 What is Jesus name is in there, Courtney?  You always appears to be gnawing on something behind those lil' lips of yours!  Ok, Ok, is it chewing tobacco?  Do you harbor a smoking addiction that PrimeTime teevee won't allow you to fulfill whilst on the air? 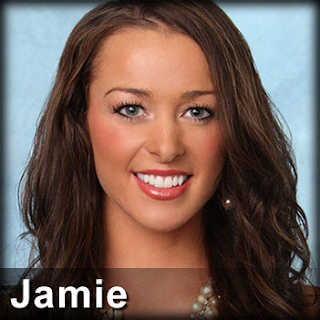 And this one was probably wins most desperate of the week with her straddle / kissing episode.
For those who have a life on Monday evenings and missed it- Jamie's idea of how to best remind Ben that she existed? Seemingly force-straddle herself onto his lap, and proceed to kiss him- along with full instructions.
All the while she spewed off a number of horrifying, clichéd lines such as  “When I go to sleep, I think about the things I would like to do with you”

Why do I watch this horseshit?

....Oh and who ended up winning the Leafs game anyways??