Woulda' been better with a tux.

My dream last night... in a nut shell.

We were trying on wedding dresses (none of us were getting married).

For some reason we thought it would be cool to pour some gasoline on a couple of us and light a match.
I was one of them.

I remember it burning my face in three places- above my lip and on my cheek and forehead. The burn above my lip was particularily DISGUSTING.

We doused ourselves with water realising that the cool-factor was missed and it got out of control.

What Does A Gay horse Eat? 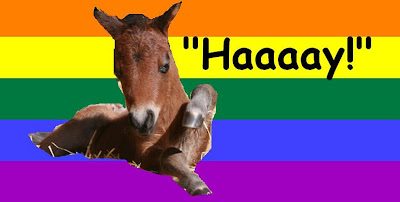 Posted by krista zee at 4:46 PM No comments:

New York, I love you 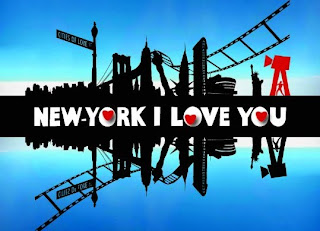 Nina and I saw and fell in love with the trailer for this film well over a year ago.
It finally came out in theaters this past October, and I was somehow completely oblivious to this.

Bottom Line: This film is a collage of 10 different vignettes all set in New York City- focusing on the city's sometimes-edgy lovers.

Each story ran for only minutes but managed to have a profound impact on the viewing audience. And the team's working on these had only 24 hours to shoot and one week to edit.

This is a go-see. A couple of the stories were fantastic- In my eyes the scene with Chris Cooper and Robin Wright Penn.

I learned the following things from this movie:

Now being in love myself- I feel I could discover much more about the city loved by so many. 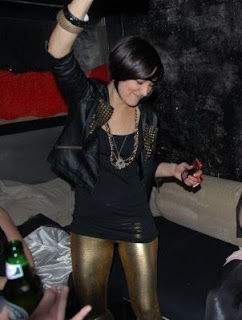 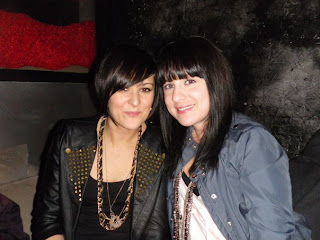 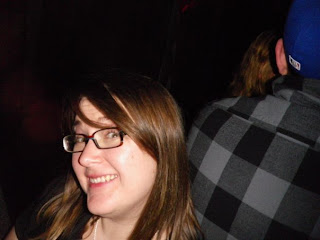 "Oh lord, this girl makes me laugh so hard-
it be a workout for my stomach muscles" 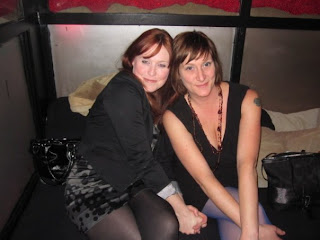 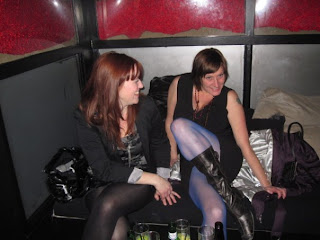 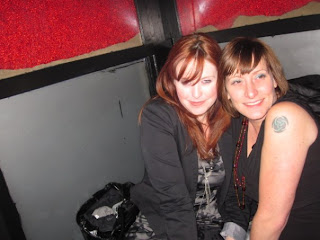 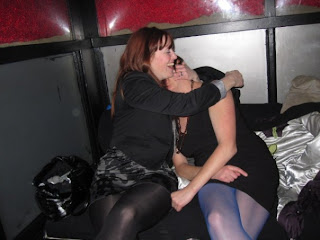 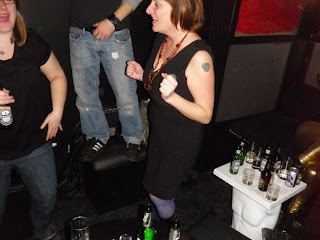 I remember the dancing. I can't remember the song, however- and I feel like I should.
Friday night was delicious. Started after work with some workplace homeboys and then headed to LAIDE around 8:30....
Fio and I were in fine form. A fabulous group of people showed up for ALI's bday and we had a blast and a half.
The next night it was off to celebrate my sister's bday in Sketchener-Waterpoo.
hmmmm. no pictures of this evening:(
(which is fine by me- Friday night sucked a bit of life out of me.....)
Posted by krista zee at 2:43 PM No comments:

I have a sneaking suspicion

that I am going to get really "hyper"-drunk tonight. 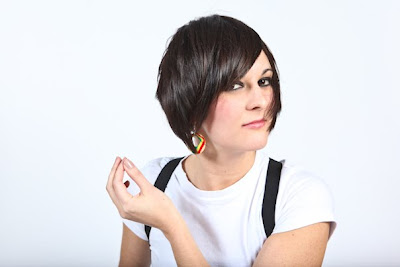 to youuuuuuuu
Posted by krista zee at 10:23 AM 1 comment:

Posted by krista zee at 4:38 PM No comments: 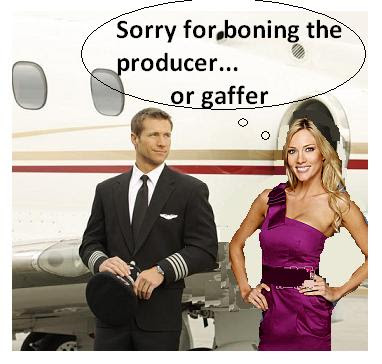 Oh man, Why do I even watch this shit?
It is terrible.

My mother is also sick with the bachelor disease. It's all a bunch of horseshit, really. But it is winter. It is Monday nights. What else is there going on??

Last night's episode was ri to the diculous. Bachelorrette Rozlyn was booted off for starting an inappropriate relationship with the producer boning the gaffer.
It's funny how the "old" gals on this show are.... dum dum dummmmmmmm- IN THEIR 30s!

The kissing schenes on this show are enough to make you barf. So.. bloody... awkward.

In other news- 4 degrees on Friday?

A girl who just started at my work was sitting with me this morning, and I took her out for a delicious ZOES lunch. (I am in love with their Boccaccini sandwich.)
I told this girl she looks like Brittany Murphy...

Anywoooo.... Wednesday day night I have a date with Corey, Fiona, Rohit and RED FOREMAN. 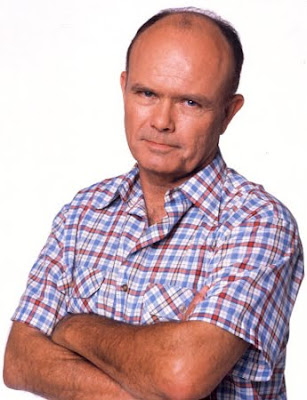 This restaurant- Golden Thai has a waiter who looks EXACTLY like Red Foreman from That 70's Show.

UGH I just googled "golden thai" "red foreman" and absolutely NOTHING came up.... Seriously Toronto diners? No one else feels the need to comment on this?????

Will try to get a decent picture at dinner on Wednesday to confirm this.....

This evening in tv land is 'The Bachelor'. I told C dawg I wanted a passionate evening in with us... some good eats and some really bad teevee.

Today marks the first day of ... the rest of my life.

Well no need to be SO dramatic, I'm sure BUT today is the date in which I begin my workout regime for 2010..
One must understand that I have never stepped foot inside an actual GYM before nor do I take part in many "physical" activities- well besides the obvious....
which is walking.....

Today I start two days per week of pilates. My back has been KILLING me for 2 weeks now. I blame the fact that over the holidays I neglected these kinds of exercise.

I am looking forward to toning up my the Old bod. At this point, I feel I just need to do that --and maybe lose the beer belly... but in truth I would probably have to decrease my ale/lager consumption for results in this area.

My yoga teacher makes it pretty easy to commit to this class. Amber is sweet, and possibly the cutest thing I have seen in a long while. Plus she wears high heels when she rides around the city on her bicycle. Long story short: If I were feeling lesbionic- I'd probably make out with her.

My blog (among other things) need a NEW FONT.
Any suggestions?

All of the above is being delivered TO OUR APARTMENT within the hour.

We have successfully located, called and ordered from the only remaining HO LEE CHOW in the GTA.
It has been a little bit of a New Years tradidtion for C and I to get this greasy, delicious grub shipped out to us in New Years day- and while we may be a little late in 2010- it's still happening!

My day was spend HUNG like a horse in bed with a pounding headache (too much wine at Fio and Ro's) but I am now ready to PIG OUT.

Christmas was lovely. Spent three nights at C's parents in Port Elgin, got to hang with the likes of Clint and Maggie playing Balderdash (*love this couple)...
Love 'em even more after receiving a cheese feast for Xmas along with my first EVER cheese knife. "HEY CHEESE EATERS! CHEESE KNIVES ARE A MUST HAVE FOR YOUR KITCHEN!!")
We then headed north to visit my Marmie and Pete, along with Kel and Rob, got to watch my sister CRY ("come on crybaby CRY for meee") when she found out she got a bicycle, and THEN headed to Sketchener for NY eve with all of my sisters and THEN spent New Years DAY with DAD. The remarkable part of the first day of 2010? - I was NOT hungover in any way shape or form. I think I had 3 glasses of wine TOPS on New Years eve which would make this the first New Years eve in .... well about 15 years that I have been stone cold sober. If ONLY I hadnt hit that car a couple years back while taking my driver's test- I could have driven the troops all home!

Which leads me back to today. Hungover b/c last night was kind of my "Screw you, liver" evening... I managed to get tipsy and have a "New Years hangover" afterall!

OMYGOD I just realised that C and I are watching "The Hangover" tonight. How suiting!